I had some company over last week and decided to make Chocolate Trifle for dessert. It’s easy and yummy, but I wanted to serve it a little differently this time. I went and pulled out my half pint mason jars and knew they would be perfect! I love how just changing up the way you serve things almost seems like a whole new dessert. 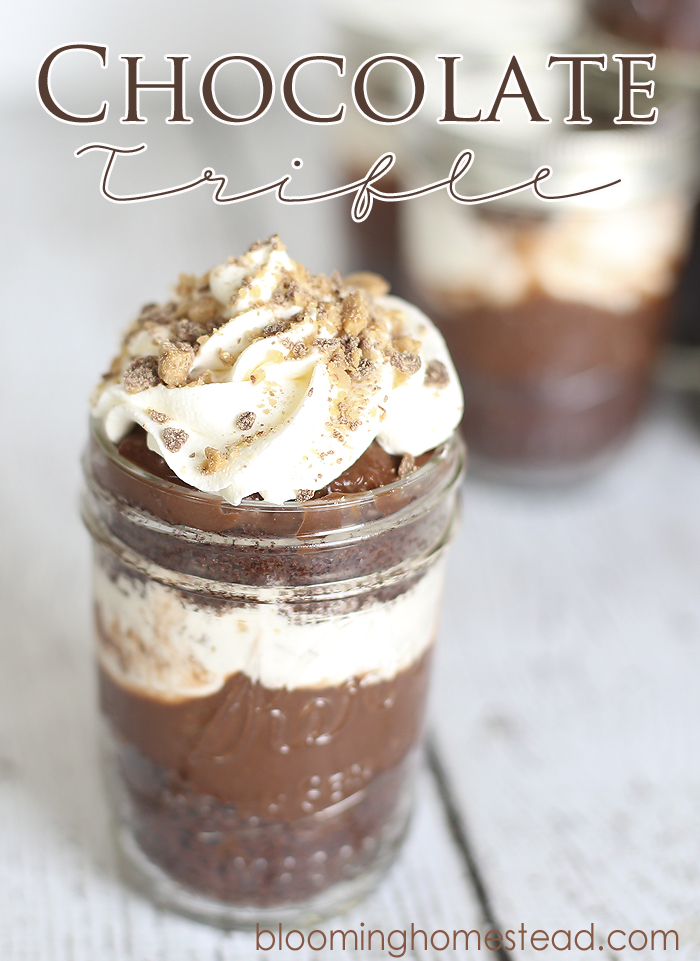 Putting it into these jars took a little more work but I think they turned out so cute and were so pretty. Plus, it was all ready to serve when dinner was over. I cut out circles using my biscuit cutter and it made it so easy to fit the cake into the jars. I also used some disposable piping bags to add the cool whip and pudding in the jars. 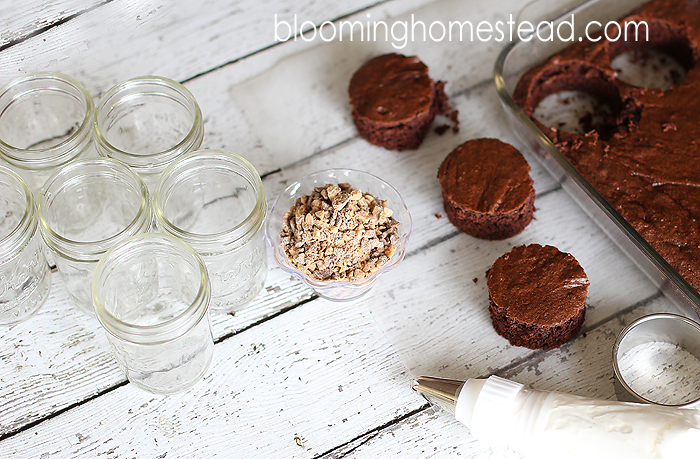 Its always fun to layer things in jars!  It’s not a new idea, but changing up the way you serve certain desserts can make a big impact. Not only were these yummy and fun to eat, but they were ready to serve and portioned out! They were definitely a hit.

Let me know if you make these Chocolate Trifle Jars. I would love to see how yours turned out. 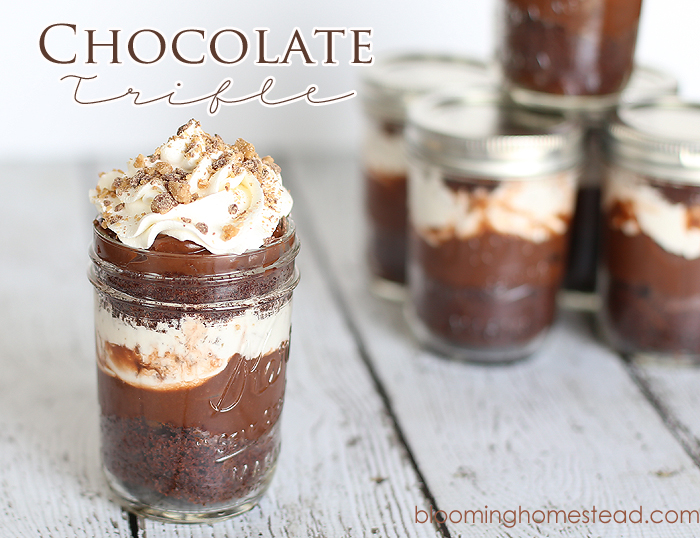 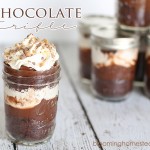 I had some company over last week and decided to make Chocolate Trifle for dessert. It's easy and yummy, but I wanted to serve it a …